Give us your best email and we'll get in touch with you soon!
Close

Thanks! We'll get in touch soon!

We usually answer in one business day. We'd love to help you with your project. Tell us a bit more about yourself!

In the meantime, feel free to stalk us!
LinkedIn Facebook

The Best Programming Languages to Explore in the Future

The Best Programming Languages to Explore in the Future 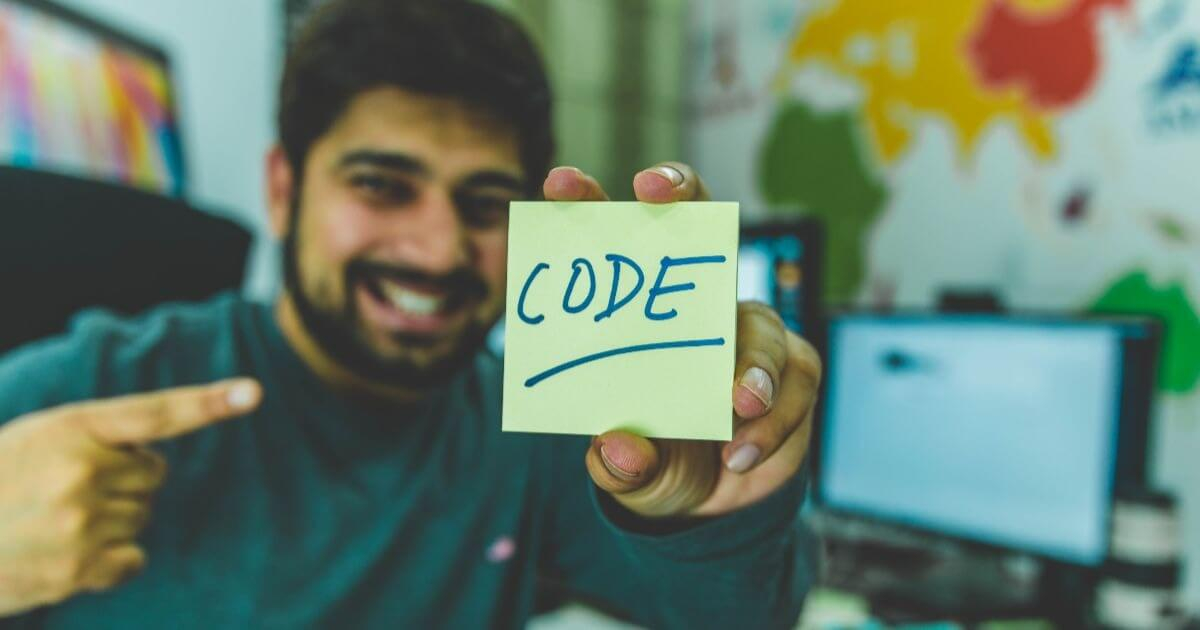 The Importance of Programming Languages

In today’s world, knowing how to program a language is a remarkably important and useful skill. Companies all over the globe wait in line to find highly-experienced programming language experts and skilled developers to create websites, develop umpteen mobile apps, and energize inventive products.

What is a Programming Language?

A programming language is essentially a formal language and it actually consists of a set of different instructions that will produce diverse outputs. These languages are currently used to create different programs that take certain algorithms into account.

Even though there are various programmable machines which showcase a set of specific instructions, the majority of programming languages comprise of certain instructions for computers. By programming language, people usually mean to refer to high-level languages such as C, C++, FORTRAN, Pascal, or BASIC. Each of these thousands of different languages contains a wealth of diverse keywords it understands as well as a particular syntax that is used to organize program instructions.

Top 5 Programming Languages to Explore in the Years to Come 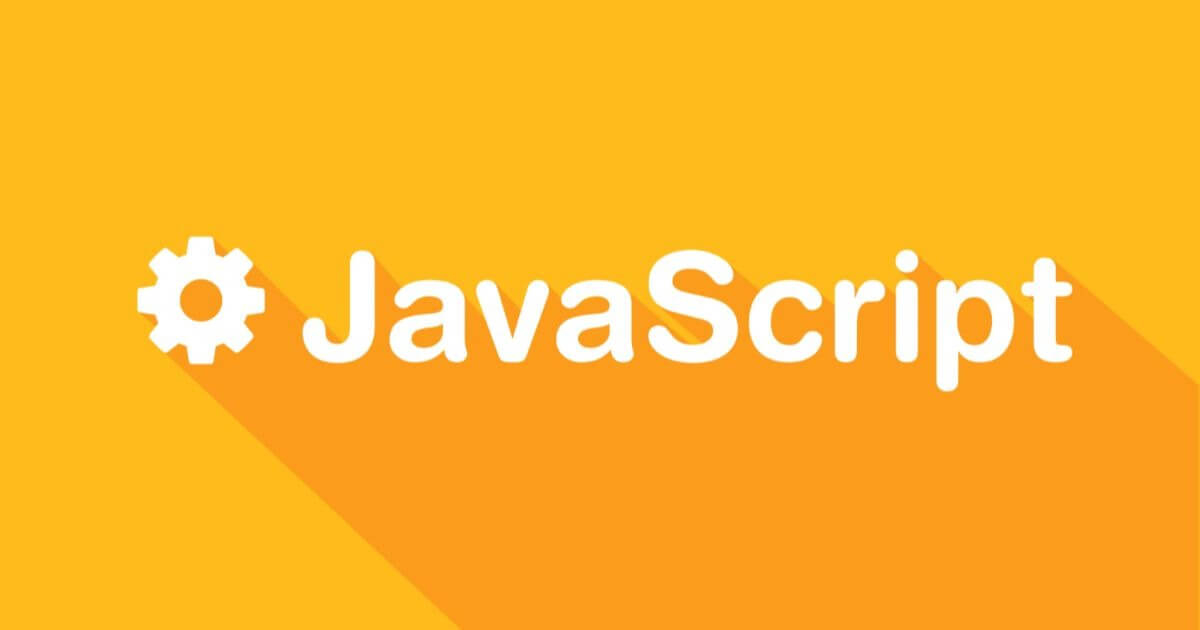 What is JavaScript? JavaScript is a programming or scripting language that actually allows programmers to implement complex aspects on web pages, showcase content updates, animated 2D/3D images and graphics, videos that scroll, etc. This is one of the most popular programming languages, used to develop websites all over the world.

Why? Because it is actually the foundation of most web technologies. This interpreted programming language is weakly typed, dynamic, multi-paradigm as well as prototype-based. Together with the all-pervasive CSS and HTML, JavaScript is actually one of the core technologies found on the World Wide Web.

What are the advantages of learning JavaScript? JavaScript is part of the browser because it is the language of the web. This means that the browser has JavaScript, allowing programmers to set up different things without having to go through the hassle of setting up code editors and environments.

Another advantage is its popularity. JavaScript really is the most popular programming language on the planet, which means it is a beginner programmer’s most obvious choice.

In addition, JavaScript is quite easy to learn. In fact, since it is so popular, there are tutorials and a remarkably engaged learning community, which means there are several materials available for JavaScript hopefuls.

Last but not least, the biggest benefit that future learners can expect to take advantage of when learning this programming language? The fact that it makes for highly employable professionals.

According to data regarding the best paying tech jobs per programming language, JavaScript ranks in number 5. Indeed, a JavaScript professional can expect to earn a whopping $95,000 on a yearly basis. 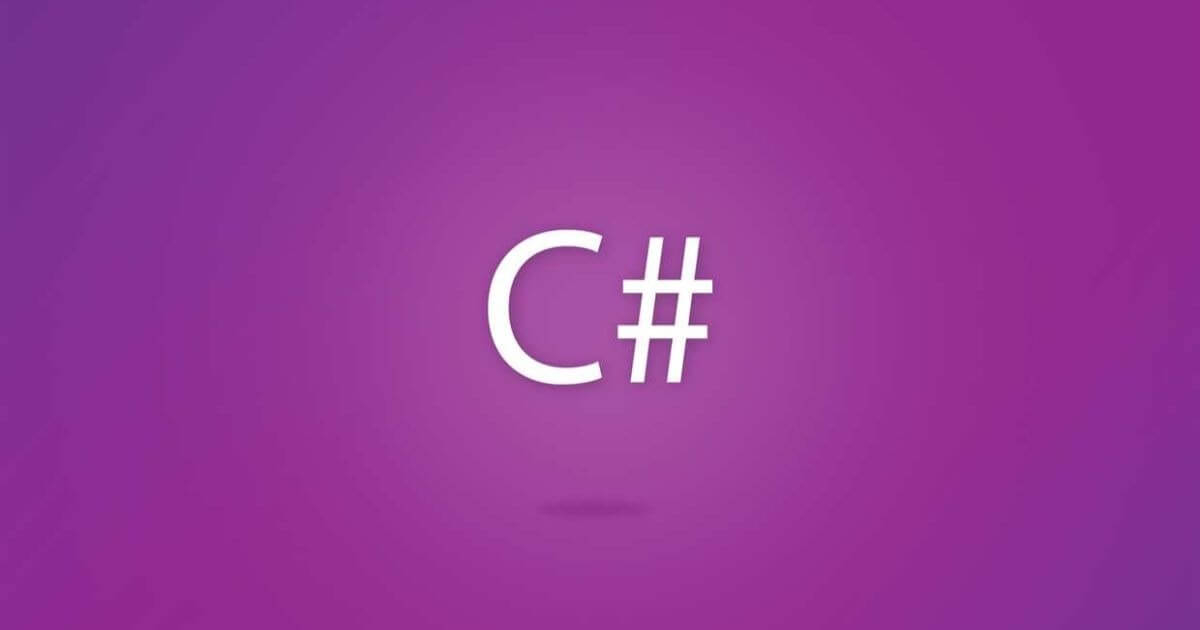 C# or C Sharp is a multi-paradigm language that encompasses generic, imperative, declarative, component-based, and object-oriented disciplines. Developed by Microsoft, C# is a general-purpose language that has fans all over the globe.

This general programming language for web development and networking is actually specified as a Common Language Infrastructure (CLI) language. Created by Anders Hejlsberg in 2000, C# was effectively developed as a C-Like Object Oriented Language.

The main advantages of learning C# in the coming years? First and foremost, C# allows developers to take advantage of a wealth of different toolsets and diverse frameworks. These are all backed by world-famous Microsoft. This programming language also provides umpteen libraries that allow programmers to effectively build websites, work with the amazing file system, and implement security.

Another advantage of C# is its immense popularity. This means developers who are eager to learn will be able to find a remarkable amount of supporting materials that they can check online. In fact, developers will be able to optimize their time, find out what they need to know, and clear away any lingering doubts, thus avoiding the perils of learning a language that does not have substantial documentation easily available.

The most important benefit of learning C#? The fact that this top programming language allows developers to create a huge deal of different applications. They can rest assured and get to create REST APIS, websites, mobile apps, iOS apps, native windows applications, etc. C# allows programming experts to develop all these applications due to the fact that it is backed by a gigantic Microsoft-sustained group of tools.

The proof that professionals who are dedicated to C# will get a tremendous advantage in the job market? The fact that the average salary of a C# expert is $93,502.

For those who love an interpreted high-level language that showcases a design philosophy while also allowing for great code readability, Python is the way to go. This is one of the few ubiquitous languages, revered and loved by thousands of faithful servants. Python uses a syntax which actually helps developers process the coding in fewer steps, which means it optimizes time.

Since it has a general purpose, Python is currently being used for a wealth of different tasks. Indeed, Python is incredibly useful for web development, data analysis, and even machine learning.

On the authority of recent stats, Python has managed what seemed to be impossible: it has actually become more popular than PHP in 2017. It being that this programming language has been routinely changed and altered throughout the years, Python now includes many add-ons which have effectively improved its power.

What are the advantages of Python? Firstly, Python has many diversified applications in such worlds as prototyping, language development, gaming, etc. Moreover, it’s got huge support libraries, integrating the much-needed Enterprise Application Integration which actually ensures that developing specific web services by invoking COBRA or COM components is made simple.

In fact, with its prebuilt libraries, ease of testing with less coding, platform-independent ability, and massive flexibility, Python has become crucial for companies which want to supercharge the development of machine learning, data science, Artificial Intelligence, and even natural process learning. By learning Python, eager developers can expect to be making $100,717 on a yearly basis. 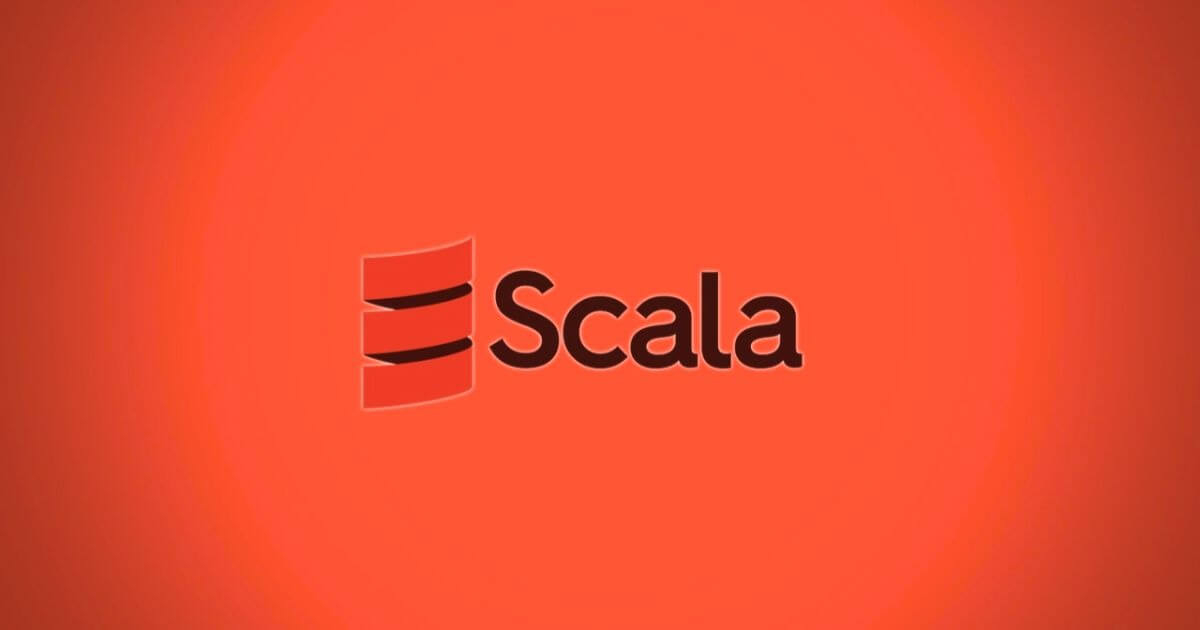 This is one of the less-known and more recent programming languages but also one of the most promising. Scala is a unique general-purpose language that actually showcases a remarkable static type system while also providing great support for functional programming. Scala was designed to be concise and it was actually created so as to tackle some of JavaScript’s limitations.

The advantages of using Scala? This expert programming language runs on JVM, which means that both Scala and Java stacks can be mixed for a seamless integration. Moreover, Scala has type inference, which means the system ceases to be static, making sure the type system works for the developer and not the other way around.

Scala also has functions, described as first-class objects. These functions can be composed with type safety, which means Scala programmers can use them anywhere.

Here are some other advantages of Scala:

Now that we know the benefits of Scala, we’ll move on and check the fifth and final member of this programming language list! 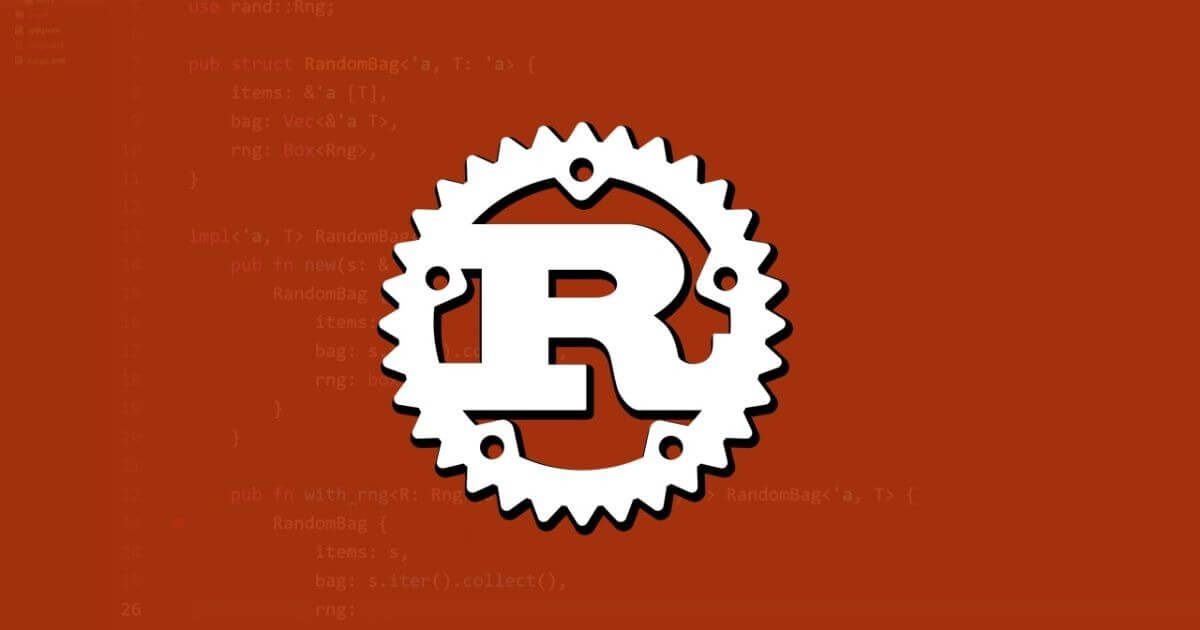 This may not be the most popular programming language of all time. However, experts swear Rust is going to explode in the near future.

Rust is actually a systems programming language which emphasizes the importance of safety, particularly of safe currency. Founded by Mozilla, Rust supports imperative and functional paradigms and provides much better memory safety while still being able to maintain a top-level performance.

Why do most programming language enthusiasts believe Rust is something truly special? First and foremost, it’s got unparalleled memory safety. This means that Rust allows developers to better prevent software errors which can lead to possible security vulnerabilities.

Here are some other advantages of Rust:

The proof that Rust is here to stay and will rule the world in the future? The fact that, on a recent survey, Rust was voted as “most-loved” by 79.1% of programmers.

The Key to Programming Languages

From the staples of language programming to more recent languages that promise to become the go-to move in the future, this short list compiles a mixture of oldies and future majors that is sure to allow beginners to weigh advantages and pick an initial language.

As with everything, the key is for you to be able to become a broad connoisseur of several programming languages, leveraging variety and expertise to become a consummate professional that can shape and change the future of tech through programming. 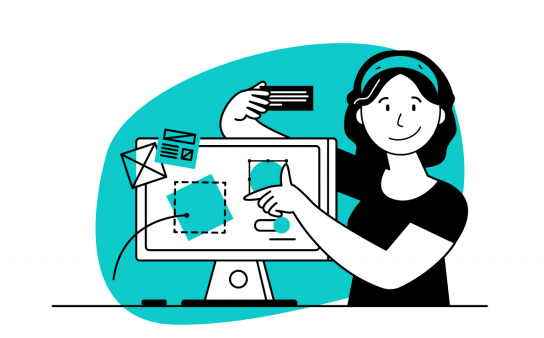 How to make your customers fall in love with your business through UX. 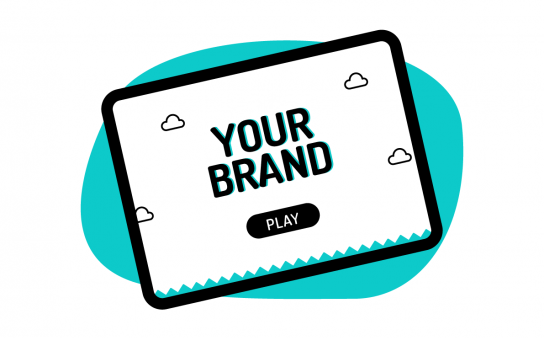 with gamification everyone wins